An Integrative Approach to Insulin Resistance and Obesity

An Integrative Approach to Insulin Resistance and Obesity

About 18.8 million Americans (8.3% of the population) have been diagnosed with diabetes. Seven million people probably have it, but are undiagnosed. Another 79 million people are pre-diabetic, a condition that has been dubbed metabolic syndrome. What is even more scary is that diabetes used to be a disease primarily found in the elderly, but is now increasingly common among children. A recent Yale study indicated that one in four kids between the ages of 4 and 18 are pre-diabetic and if rates continue about 1/3 of the children born in 2000 will develop the disease during their lifetime.

Diabetes (and even pre-diabetes) greatly increases our risk of other serious degenerative diseases. People with diabetes have a 2-4 times greater risk of getting heart disease or having a stroke. Both diabetes and pre-diabetes are major factors in high blood pressure, too. Diabetes is the leading cause of blindness in adults and a major cause of amputations. It also increases risk of kidney disease and neuropathy (nervous system damage).

In this special three-part webinar with Thomas we’ll help you understand both diabetes and pre-diabetes (metabolic syndrome) and the insulin resistance that is at the root of it. We’ll present you a seven-step plan for reversing (that is, actually curing, rather than just treating) insulin resistance:

This module is 3 classes, averaging 2 hours each.

All of the classes are recorded from a webinar series. The recordings, handouts and resources, are available in the online classroom. Students will have access for a minimum of three years to all materials. 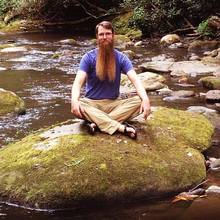